Founded in 1996, the Jaguatibaia Environmental Protection Association is a non-profit and non-partisan organization with voluntary management, which has always had partners to carry out Environmental Education proposals in favor of the natural environment. Our mission is to promote environmental education to develop greater awareness of the importance of protecting the natural landscape, with emphasis on the Atlantic Forest, aiming at the conservation of biodiversity and water resources through environmental restoration.

What is the programme we have in mind?

Our purpose is to accelerate the forest restoration process and, consequently, increase water availability in the hydrographic basin of the PCJ Rivers (Piracicaba, Capivari and Jundiaí rivers), in the Atlantic Forest biome, working on projects especially in the Local Conservation Unit “Environmental Protection Area - APA - de Campinas ", in the city of Campinas, São Paulo state. The PCJ rivers already suffer from low water availability, affecting the economic, environmental, and social development of the region.

Since 2008, we have been searching rural and urban areas to be reforested (in partnership with Cities Halls), producing native seedlings in our own nursery, elaborating projects for the recovery of degraded areas and monitoring field work by partners (planting and maintaining seedlings).

We aim to increase the seedling production capacity of our native seedling nursery and, at the same location, implement our Headquarters to carry out Environmental Education teaching (ecological trail) in an 8,000 m² secondary forest, creating the “JAGUATIBAIA Center of Forestry Restoration and Environmental Education” to serve the PCJ watershed region population.

We seek financial resources for the expansion infrastructure implementation and refit of the seedlings production and for the Welcome kiosk (possibly a customized containers kiosk) construction for environmental education lessons and activities, focusing on the SDGs (Sustainable Development Goals – UN) and GHG offset.

In 2019 and 2020, we produced 120,000 native seedlings in our nursery. That does not reflect the production potential of the area! We supplied seedlings to at least 12 areas within or near the APA de Campinas. Planting and maintenance of seedlings in the field were carried out by partner institutions.

JAGUATIBAIA has existed since 1996 and plays a central role in environmental actions and activities in Campinas region (for example, APA de Campinas creation), becoming a hub of connectivity between different social actors. However, the actions and activities are occasional, punctual and sparse without financing, making it impossible for JAGUATIBAIA to achieve more consistent, effective and better results. We currently have partnerships with: 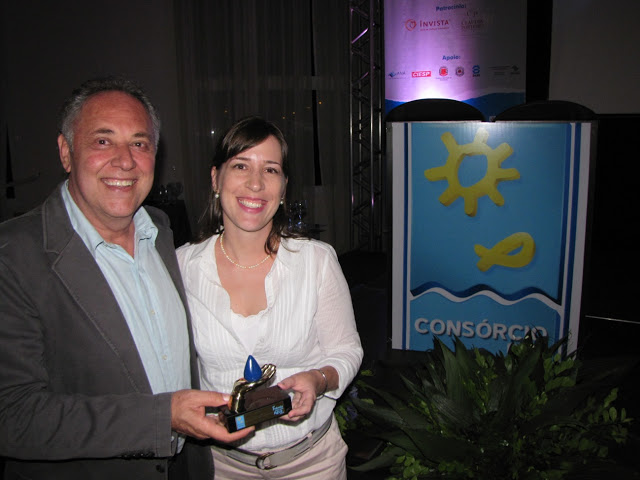 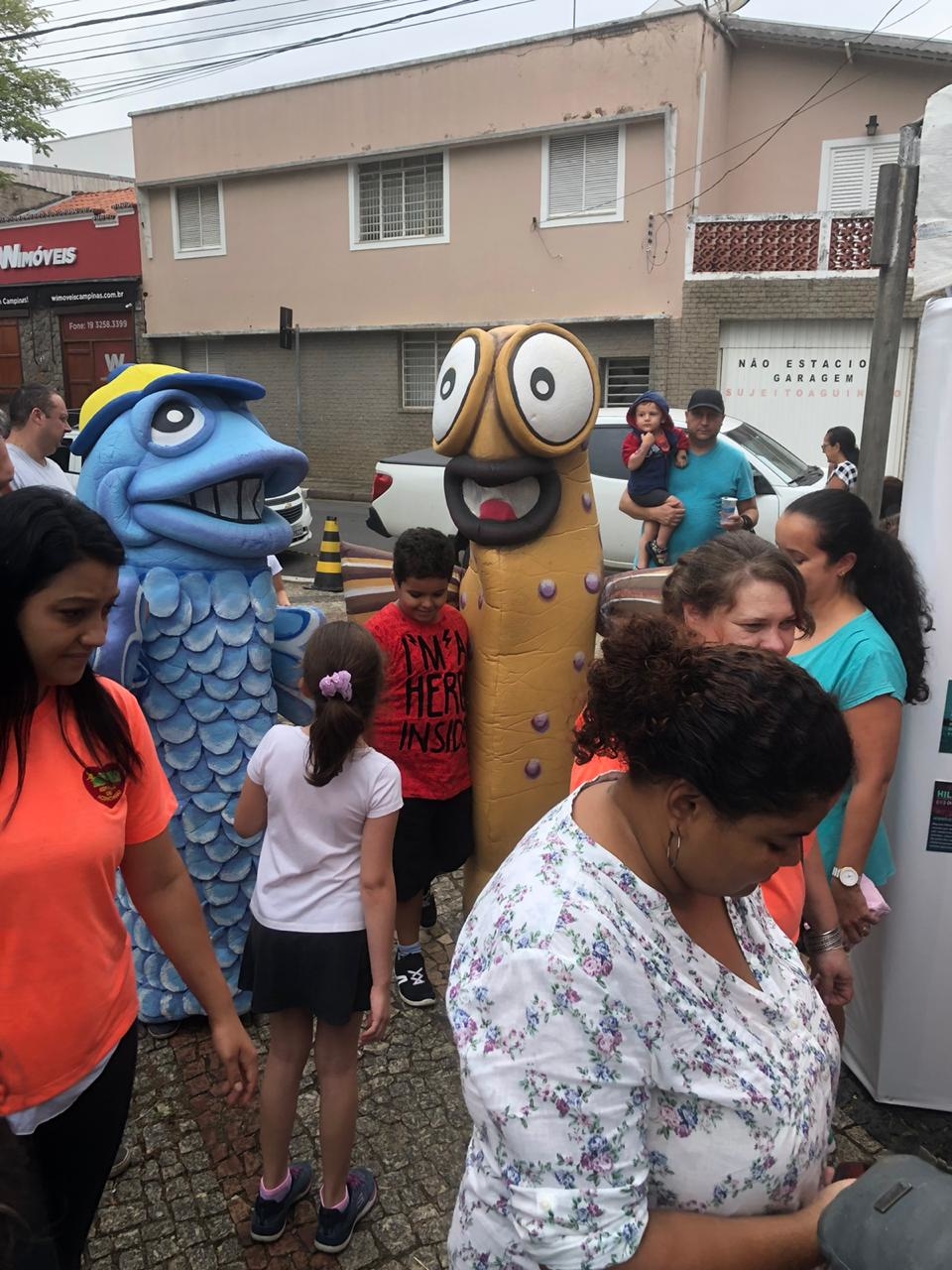 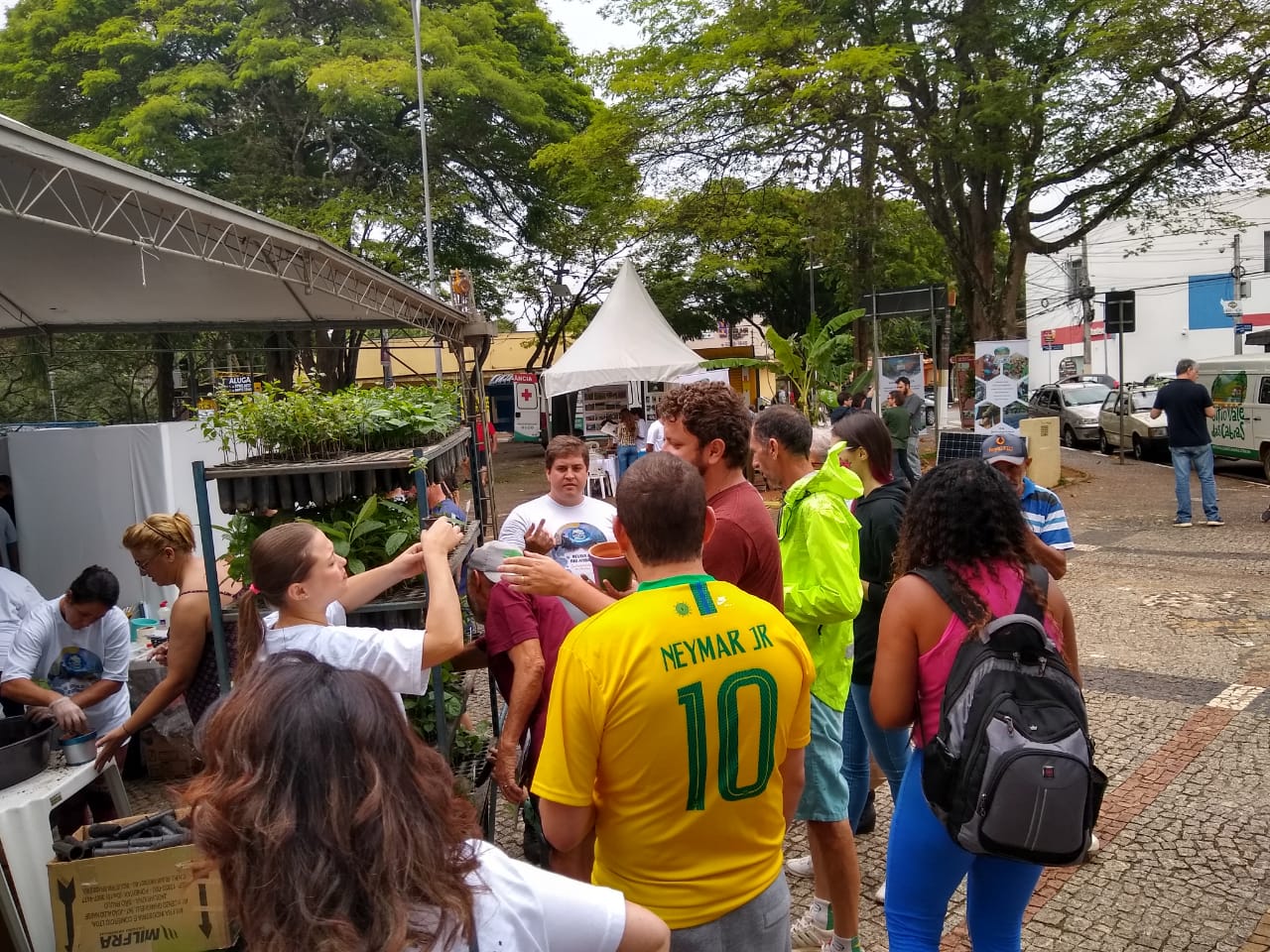 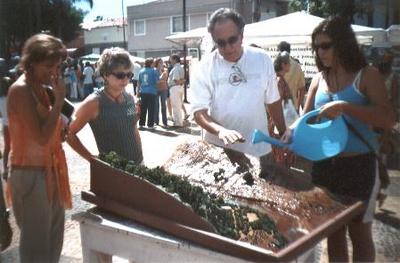 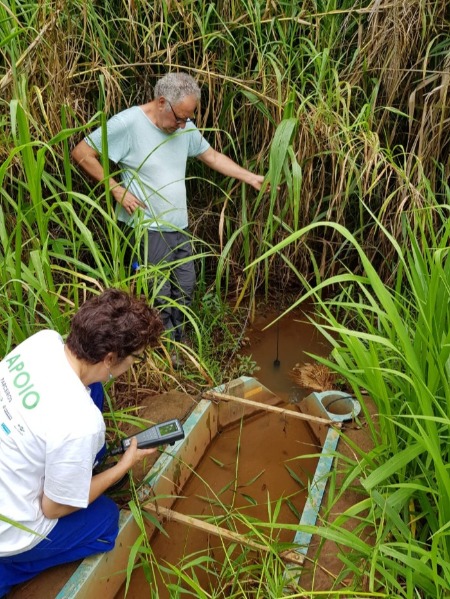 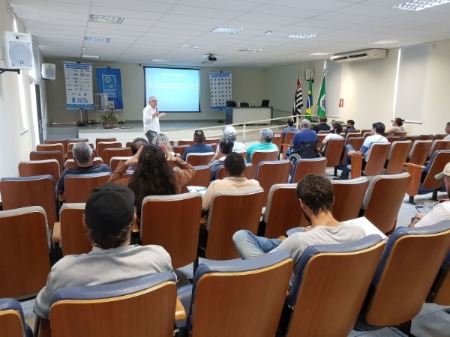 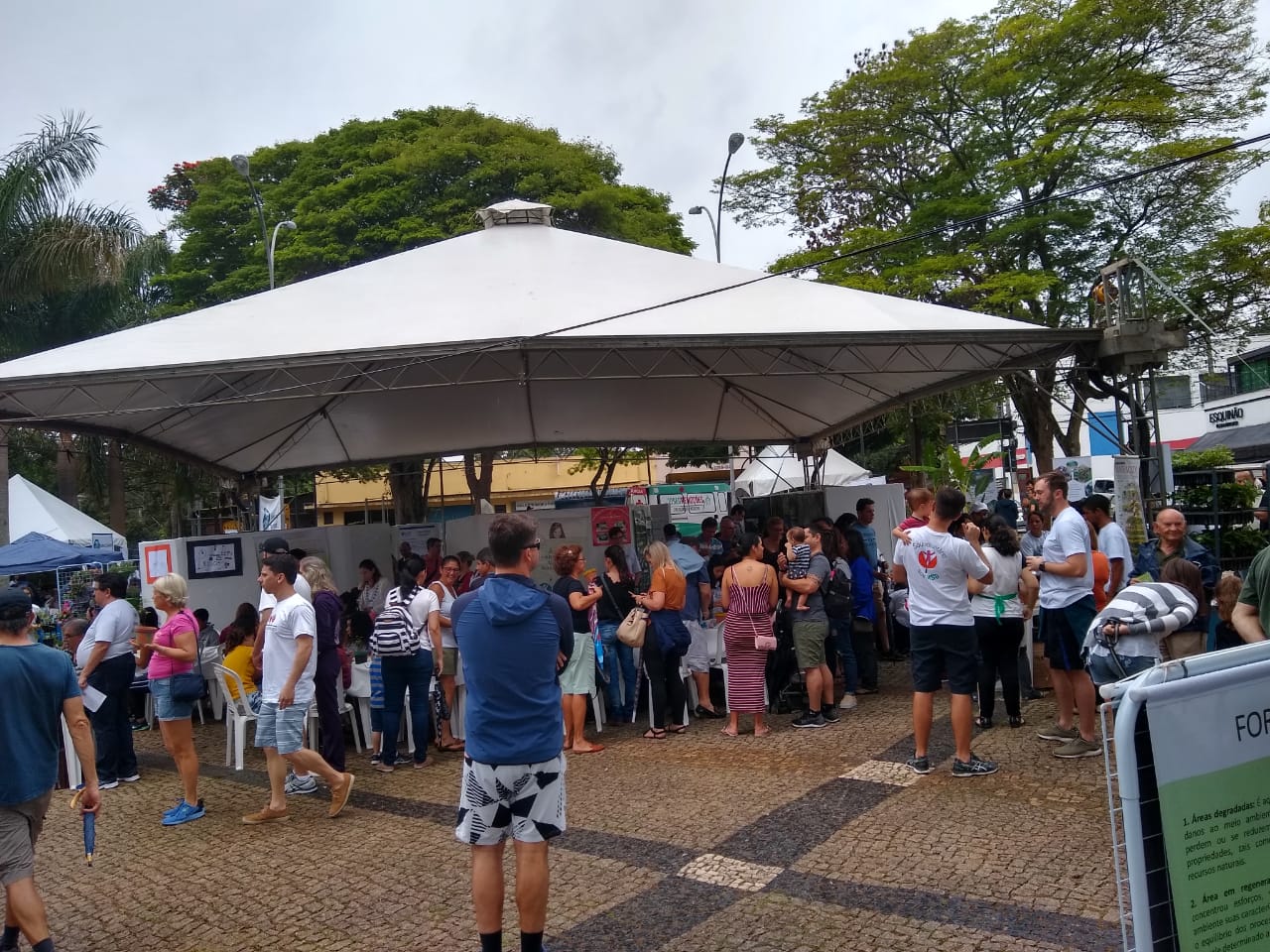 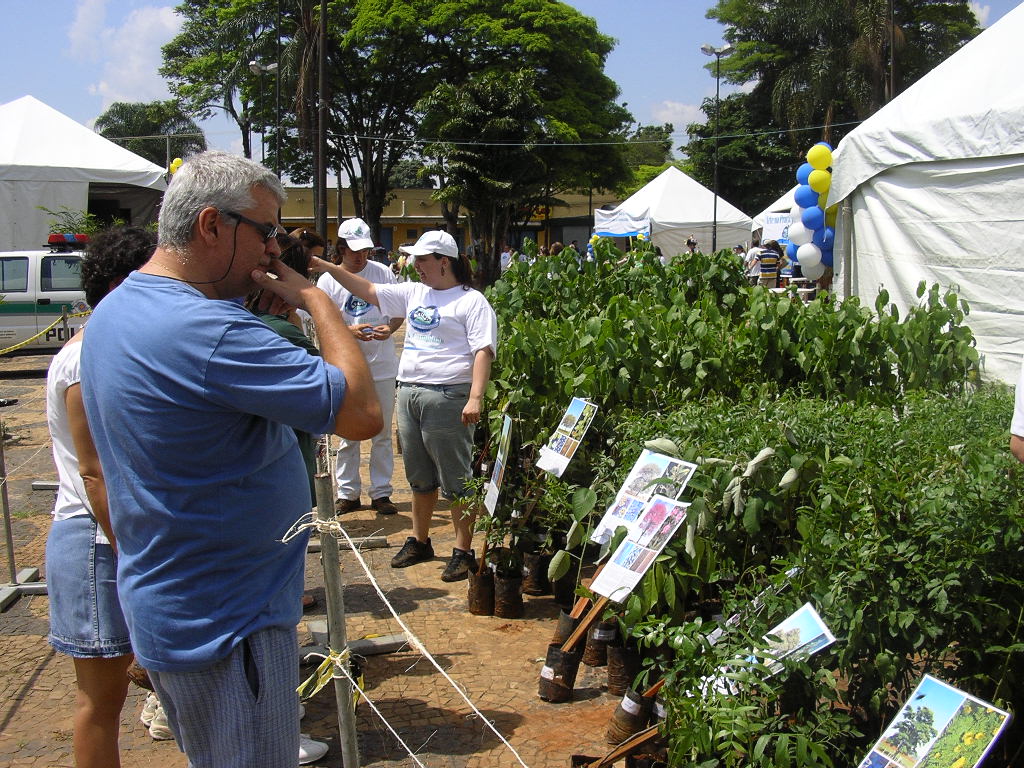 How many trees we want to plant each year?

We can help to plant 250 thousand native seedlings in the first year, but we aim to expand the seedling production capacity of our nursery up to 3 times.

In 2008 we were located in an area within the APA - de Campinas”. Since 2016, at the invitation of EMBRAPA Environment, we installed ourselves in an area belonging to this Institution, located in the neighboring city of Jaguariúna, São Paulo state. The partnership objective is to produce native seedlings, new technologies to reduce the cost of forest restoration, to supply native seedlings for EMBRAPA Agroforestry Systems - SAFs research and to develop Environmental Education activities. It is important to say that there is no financial contribution from EMBRAPA.

We work with at least 95 species from the Atlantic Forest, Seasonal Semideciduous Forest (FES – Floresta Estacional Semidecidual). The following image is of the JAGUATIBAIA Nursery.

What is the budget we are working with?

Currently, our source of funds comes from the native seedling production and commercialization. The COVID-19 pandemic affected the production and sales schedule, keeping seedlings in stock, raising the maintenance costs.

Our revenue is limited by the lack of production scale and constant maintenance of the 24 years old scrapped infrastructure of the site, requiring urgent renovation.

There is a lack of resources for the implementation of the necessary infrastructure to expand the seedling production (irrigation equipment, rainwater storage tank, seedling benches, renovation of the existing shed as well as bathrooms and warehouse) and for the construction of the Welcome Kiosk and trail for Environmental Education activities.

How to donate and/or become a partner?

By contributing to Jaguatibaia you help to preserve the water resources of the Campinas region.

This ensures the minimum functioning of the Organization.

Send your payment receipt to us. jaguatibaia@jaguatibaia.org.br

Due to the weather and the time of use, there is a constant need for maintenance and replacement of equipment. Contact us and ask what we need.

As a Voluntary Environmental Non-Governmental Organization, our objective is to develop a feeling of belonging in society in relation to nature conservation issues, and to encourage partnerships, aiming at concrete actions with feasible results.

INFORMATION ABOUT THE REGION TO BE RESTORED - PCJ RIVER BASINS

The region of the Piracicaba, Capivari and Jundiaí river basins (PCJ Basins) covers areas of 76 municipalities, of which 62 are in the region's drainage areas. Of these, 58 are in the State of São Paulo and 4 in Minas Gerais, with an approximate area of 15,317 km² and approximately 5.5 million inhabitants.

The rainfall regime in the region has two distinct seasons. Data on average monthly rainfall indicate that the months with the least rainfall are July and August (averages between 25 and 40 mm), and that more intense rainfall occurs from December to January (averages between 190 and 270 mm). It is evident that with each drought period there is a situation of low water availability, because in addition to the diversion of water to supply the Metropolitan Region of São Paulo, the recharge of rivers in the PCJ basins is also compromised by the serious environmental degradation resulting from an unsustainable natural resources exploration model:

Our team is taking advantage of the quarantine period for restructuring the NGO, since with the reactivation of our website and social networks, we have obtained many contacts from volunteers. This gave us more courage to work because it showed us that we are recognized by society. At the same time, we have our hands tied for not having an adequate infrastructure to receive the public and carry out actions in environmental education. Despite the prestige we have, we went through difficulties. 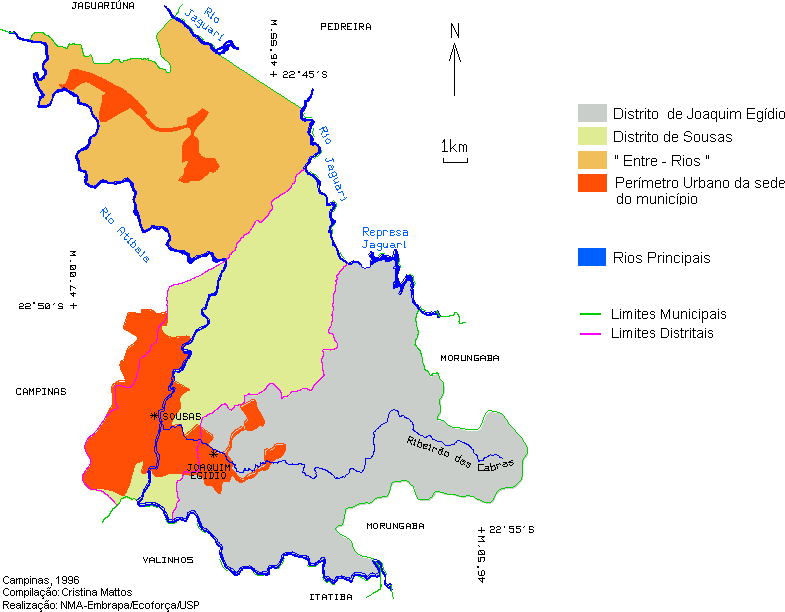